It’s “that time of year” again. No, it’s not tax season, but rather the time for your client to prepare its audited financial statements and requisite disclosures to the Securities and Exchange Commission (SEC) and/or any other party to which it agreed to provide an annual audit.1 As part of this disclosure, your client has asked its accountant to prepare financial statements and issue an opinion that these statements fairly present the true financial picture. The accountant, in turn, sends you and/or your client an “audit inquiry letter” that asks you to describe any event that may affect your client’s financial status, including pending and potential litigation. The most likely next step is for your client to send you a letter that simply requests that you respond. Typically, this would be the extent of your client’s involvement in this process because it has confidence that you can accurately describe the matters that you are handling, or have discussed potentially handling.

However, despite a split of authority, many courts hold that the response to the audit inquiry letter waives the attorney-client privilege and/or the work product doctrine. Thus, the response, drafts and underlying documentation could be discoverable by your client’s adversary in litigation and/or your client’s creditors.2 In order to limit the potentially damaging impact that the disclosure of such sensitive information can have, you need to implore your client to take an active role and work in concert with you to carefully craft a reply that is at once forthcoming and at the same time preserves their rights.

When your client’s accountant prepares the financial statements and issues its opinion on them, the accounting firm must comply with, among other things, Statement of Financial Accounting Standards Number Five (FAS 5) and Statement on Auditing Standards Number 12 (SAS 12). FAS 5 establishes standards of financial accounting and reporting for loss contingencies and provides that “one such loss contingency is pending or threatened litigation.”3 SAS 12 gives the accounting firm guidance on the procedures that it should consider for identifying litigation, claims and assessments and satisfying itself that the financial accounting and reporting for such matters is in accord with the generally accepted auditing standards.4 SAS 12 requires disclosure of (1) a list that describes and evaluates pending or threatened litigation and (2) a list that evaluates claims that have not yet been asserted.

As a bankruptcy court practitioner, when you prepare your response to the audit inquiry letter, you must comply with the Rules of Professional Conduct enacted in your state and the Federal Rules of Evidence.7 These statutes require you to represent your client zealously and to assert privileges to protect confidential communications.8 You may assert either the attorney-client privilege or the work product doctrine to withhold producing the response and/or underlying documentation used in preparing the response to your client’s litigation adversary or creditor who has requested its production. The attorney-client privilege provides that your client has the privilege to refuse to disclose, and to prevent any other person from disclosing, confidential communications between him/her and you that were made to facilitate your rendition of legal services.9 The purpose of this privilege is to encourage “full and frank communication between attorneys and their clients.”10 The work product doctrine provides that any notes, working papers, memoranda or similar materials prepared by you in anticipation of litigation generally are protected from discovery.11 While there is sparse pertinent case law, courts have held that the response to an audit inquiry letter may be a waiver of the attorney-client privilege and possibly a waiver of the protections of the work product doctrine.

The courts have used three primary lines of reasoning to support this view. First, the Fourth Circuit reasoned that “if a client communicates information to his attorney with the understanding that the information will be revealed to others, the information, as well as the details underlying the data that was to be published, will not enjoy the privilege.”12 Thus, it concluded, the final response to the audit inquiry letter, as well as the underlying drafts, notes and memoranda, were not protected by the attorney-client privilege.13 Second, a Pennsylvania U.S. District Court held that the response was merely a communication of facts of various loss contingencies and not of litigation strategy or the specific nature of the legal services performed, and that the privilege does not extend to facts.14 Third, a Florida bankruptcy court found that the response was intended to be made available to the public because it was used in the preparation of public financial statements, and thus, the privilege was waived.15

Courts are split on whether the response to an audit inquiry letter is a waiver of the protections of the work product doctrine. On one hand, the aforementioned Pennsylvania district court limited its holding by ordering the reduction of the portions of the response that discussed the expected result and probable loss. The court deemed those items to be counsel’s mental impressions and legal opinions that would be protected by the work product doctrine.16 The court went further by concluding that the disclosure to the accountant was not a waiver of the work product doctrine because it was not a voluntary disclosure to an adversary.17 Similarly, an Indiana district court found that the doctrine was not waived because the response was prepared only due to the existence of the litigation, as opposed to being prepared in the ordinary course of business.18 The Fourth Circuit drew a distinction between “fact work product” and “opinion work product,” and extended the privilege to “opinion work product.”19 On the other hand, a District of Columbia district court found a waiver of the doctrine by reasoning that the response to the audit inquiry letter was not prepared for purposes of a trial or with reference to future litigation.20 For support of its position, the court drew on the Advisory Committee Notes to Federal Rule of Civil Procedure 26(b)(3), which provides that “materials assembled in the ordinary course of business, or pursuant to public requirements unrelated to litigation, or for other non-litigation purposes are not under the qualified immunity provided by this subdivision.”21

Under either the attorney-client privilege analysis or the work product doctrine analysis, the most extreme ramification of the court finding of a waiver is that it is uncertain whether the waiver results in a “subject matter waiver” or is limited only to the information actually disclosed.22 For instance, where the Second Circuit at one time rejected the concept of a selective waiver of the attorney-client privilege, it later held that disclosure to a third party did not waive the privilege as to the undisclosed portions of the communication.23 In addition, some courts have found a limited waiver when the purpose behind the creation of the communication in question was to cooperate with a government agency.24 Thus, if the court finds that the response to the audit inquiry letter is a waiver of either the attorney-client privilege or the work product doctrine, there is a real risk that the waiver will extend beyond the response to all of the documents regarding the litigation matters described in the response.

Both the Code of Professional Responsibility and the cases applying the evidentiary privilege recognize that the privilege against disclosure can be knowingly and voluntarily waived by the client. It is equally clear that disclosure to a third party may result in loss of the confidentiality essential to maintain the privilege. Disclosure to a third party of the lawyer-client communication on a particular subject may also destroy the privilege as to other communication on the subject. Thus, the mere disclosure by the lawyer to the outside auditor, with due client consent, of the substance of communications between the lawyer and client may significantly impair the client’s ability in other contexts to maintain the confidentiality of such communications.

Clearly, before the response to the audit inquiry letter is sent to the accountant, your client will want to review and approve the language used. Corresponding to the guidelines set forth in the Statement of Policy above, the following are suggestions of steps that your client can take to minimize the potential exposure from a waiver of the attorney-client privilege and/or work product doctrine: 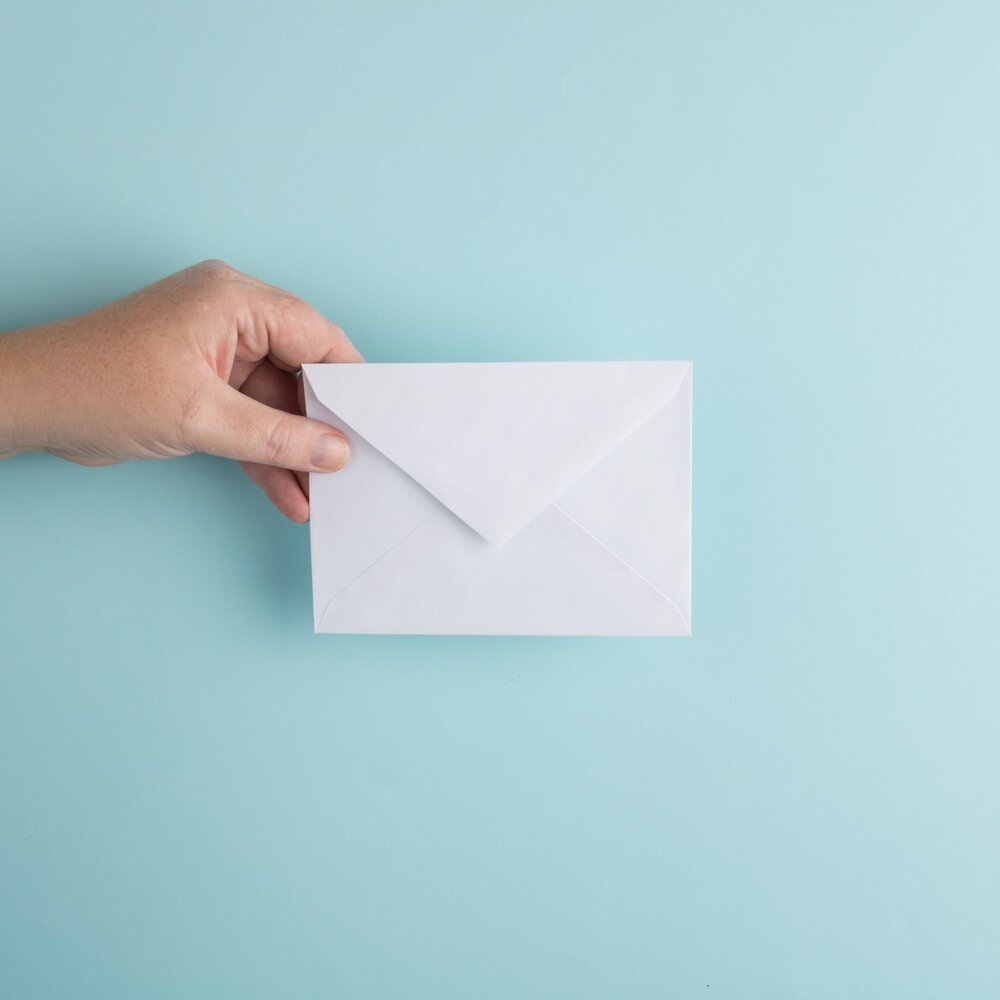 Until the circuit-level federal courts or the U.S. Supreme Court decide the issues conclusively, it is uncertain whether the response to an audit inquiry letter will waive the attorney-client privilege or the work product doctrine. Thus, the best way to preserve your clients’ rights is for them to take an active role in the preparation of the response instead of simply handing it off to you. Your client can be an integral component in limiting the items reported, constraining and carefully wording the descriptions of the items that are reported, making clear to the accountant the appropriate and inappropriate uses for the response, and in coordinating the responses of all of their attorneys to ensure that there is no duplication or conflicting discussions. Taking an active role in preparing the response will certainly make “that time of year” more stressful for your client, but that unpleasantness will be considerably less than that which they and you would feel should some sensitive information get into the wrong hands.

2 Federal Rules of Bankruptcy Procedure 2004 and 7034 provide that “any party in interest” can bring a motion for an order of examination or request for production of documents, which would include creditors of a bankruptcy estate. In fact, courts have held that a creditor is not precluded from taking a Rule 2004 examination just because there is an adversary proceeding pending between it and the debtor when the examination is into issues that are beyond the scope of the adversary proceeding. In re Buick, 174 B.R. 299 (Bankr. D. Colo. 1994); accord In re Blinder, Robinson & Co., 127 B.R. 267 (D. Colo. 1991). Return to article

4 “Inquiry of a Client’s Lawyer Concerning Litigation, Claims and Assessments,” Statement on Auditing Standards Number Twelve, §§337.01, 337.08, 337.09 (American Institute of Certified Public Accountants 1976). It provides that “a letter of audit inquiry to the client’s lawyer is the auditor’s primary means of obtaining corroboration of the information furnished by management concerning litigation, claims and assessments.” Return to article

5 Matter of International Horizons Inc., 689 F.2d 996, 1003-04 (11th Cir. 1982); Matter of Mori, 1 B.R. 265, 267 (Bankr. S.D. Fla. 1979) (holding that if the accountant-client privilege were allowed in a voluntary bankruptcy proceeding as to information relating to assets, liabilities or income of the debtor, it would severely prejudice creditors and destroy the concepts of full disclosure embodied in the Bankruptcy Code); see, also, Russell, Bankruptcy Evidence Manual, 1997 Ed., §501.4. Return to article

17 Id. at 13. A disclosure to a third party does not necessarily waive the work product doctrine protections. Instead, a waiver occurs only if a voluntary disclosure enables an adversary to gain access to the information. If the disclosure is either inadvertent or made to a non-adversary, the court looks to the surrounding circumstances to determine whether the disclosure evidenced a conscious disregard of the possibility that an adversary might obtain the protected materials. See United States v. American Tel. and Tel. Co., 642 F. 2d 1285, 1299 (D.C. Cir. 1980). Return to article

18 Tronitech Inc. v. NCR Corp., 108 F.R.D. 655, 656 (S.D. Ind. 1985). The work product doctrine applies only to materials prepared in the anticipation of litigation and not to materials prepared in the ordinary course of business or otherwise for some purpose not primarily concerned with litigation. See Brinks Mfg. Co. v. National Presto Indus., 709 F. 2d 1109 (7th Cir. 1983). Return to article

26 Typically, the audit inquiry letter will provide a dollar amount definition of “material.” If not, the Commentary to the Statement of Policy directs the attorney to reach an agreement on the definition with the accountant such that the test of materiality is not so low in amount as to result in a disservice to the client and an unreasonable burden on counsel. Return to article